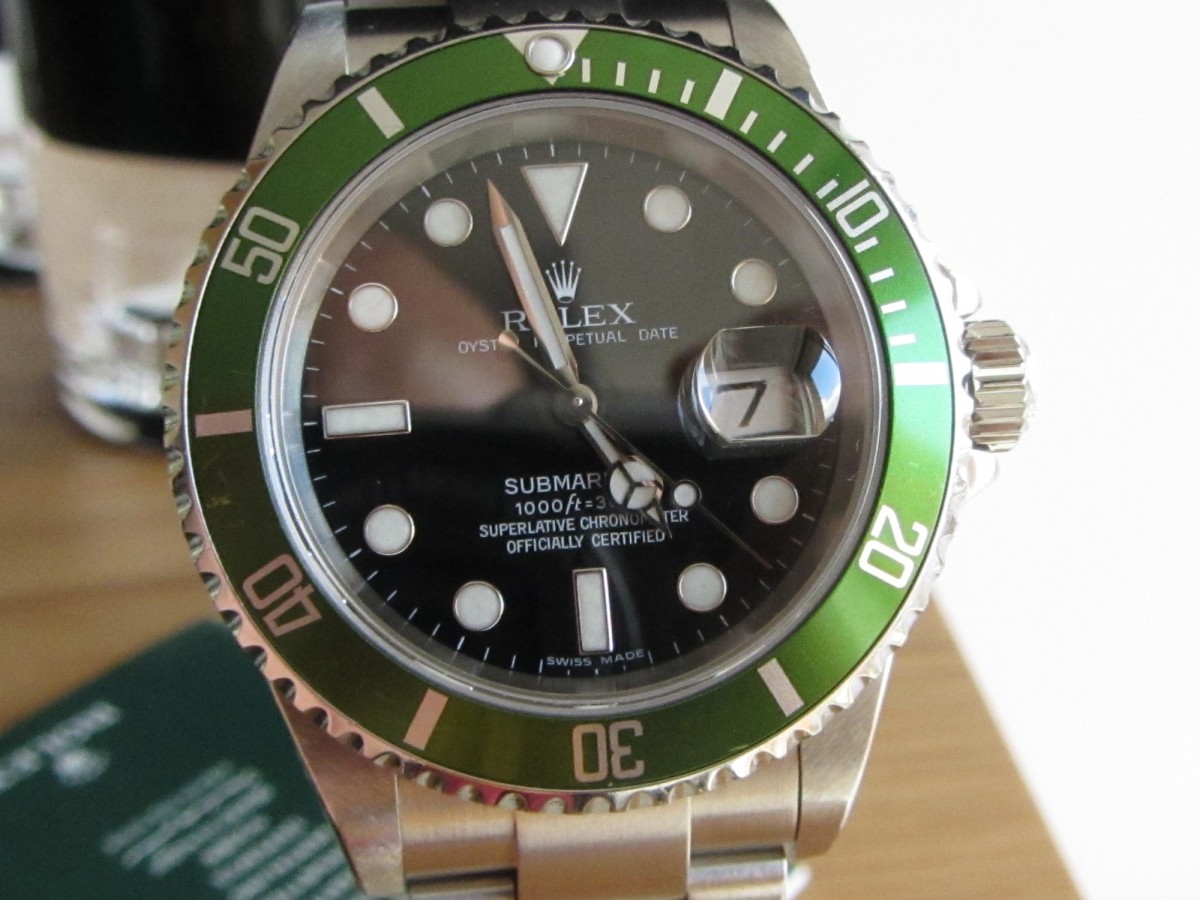 As the title says one of my all time favorites in modern times The Rolex Green Submariner 16610LV, first launch in 2003 to celebrate the 50th anniversary of the Submariner.  The Submariner success spans over 50 years of a true tool divers watch and I feel this was a game changer for future Rolex sport models.  This piece was not loved at first but started to be appreciated over time, the dial had big hour plots also bigger hour hand compared to the standard Submariner and a gorgeous green bezel which made the watch in my opinion.  So the standard Sub model number is 16610 then they added LV on the end of the model number which stands  Lunette Verte.

The Submariner is water resistant to 300m and has the Patented triple lock crown which gave Rolex they diver status back in the 1950,s, I have owned a few of this particular model in the past and this production was made in limited numbers compared to other models.  The run dates from 2003 to 2010 a seven year run in total.  Now in 2016 they have become very sort after for collectors and everyone it has become the one to have prices average £5000 plus to buy one considering new RRP was £2650 ouch!

Rolex sports watches from around 2006 had a new feature which came from the Submariner LV  big hour plots big hands become the norm as Rolex must have decided it was the right combination.  I still love them and in the years since launch I probably only seen possibly two when clock watching people’s wrists as I always do.  Overall a must have in any collection and I personally feel will be a future modern collectors piece so get when one if you can.