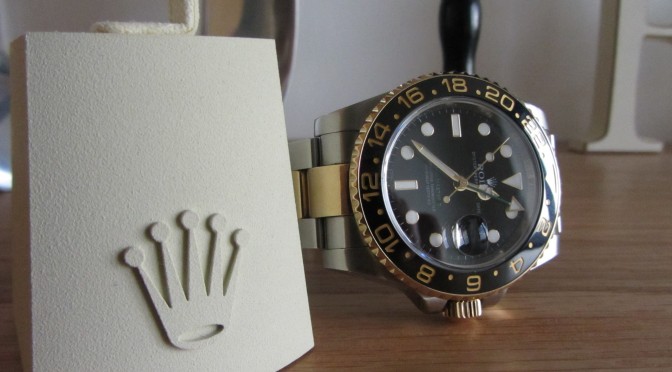 Way back in 1905 a spirited young man named Hans Wilsdorf founded a small company that specialized in distributing timepieces. Even then, his passion was to create a masterpiece of a watch that could be worn on the wrist. It was the time of pocket watches that came with an attached chain that was fixed on the lapel of the coat or in the side pocket of a robe. These pocket watches had separate keys that had to be carried along to wind them. Then came an innovation called keyless pocket watches, which simply had the key or winder attached.

Wilsdorf thought up of the name Rolex simply because he wanted people to instantly remember his watches. The short and catchy name stuck, and today we have Rolex, which is probably the best brand of wristwatches. This was in 1910 when Wilsdorf had graduated from distributing timepieces to creating masterpieces that ran on precision mechanical movements. Around a decade later, 1919 to be precise, Wilsdorf decided to move his operations. What Detroit was to cars, Geneva was to watches. Hence Wilsdorf chose to move Rolex to Geneva, the Mecca of watches.

Not content with making ordinary watches, Wilsdorf decided to add exclusivity to his creations. He embedded real diamonds in his watches, and around 1920 was born the Deco Diamond Rolex, the most sought after possession that was hand wound, and had fabulous silk straps. The precision and glamour of a Rolex was beyond compare. Innovation being the way of thinking with Wilsdorf, he next hit upon creating waterproof watches, which were introduced under the appropriate name Oyster, in 1926. To prove its worth, Wilsdorf had a young swimmer named Mercedes Gleitze swim across the English Channel wearing an Oyster. Needless to say, not a drop of water found its way in.

Between 1929 and 1931, Rolex watches came out with Rolex Prince, and the world’s first watch that had a built-in self-winding automatic mechanism that took the world by storm. These vintage pieces are most sought after collectors’ items today. As early as 1945 Rolex perfected the art of displaying the date in a tiny window in its watches. The year 1953 was a conquest of sorts for Wilsdorf, when a Rolex was worn by Sir Edmund Hillary during his conquest of the summit of Mt Everest. The watch was aptly called the Explorer, and was an instant hit.

The same year witnessed the launching of The Submariner, a watch that could be worn by divers going deep undersea. This watch was waterproof up to a depth of 100 m and had a rotatable bezel that let the divers keep track of their immersion time. After a few more successful models, a decade later, the first chronograph watches were launched by Rolex. The Cosmograph Daytona was a hit that gained iconic status.

The late 60s saw the launch of the Sea Dweller that showed accurate time even at a depth of 610 m. It also featured a helium escape valve that was a boon to professional deep-sea divers. The early70s was the period when Rolex came out with The Explorer II that had a 24-hour hand as its specialty, which allowed one to read time in the dark. The late 70s saw Rolex overwhelming its customers with the Rolex Crown Collection. The customized watches had a unique reference number, each denoting the number of precious stones that were inlaid. These were akin to Rolls Royces as they were made to order, giving the customer a choice of selecting the dial, bezel and bracelet. Today, although the founder is long gone, the legacy continues.