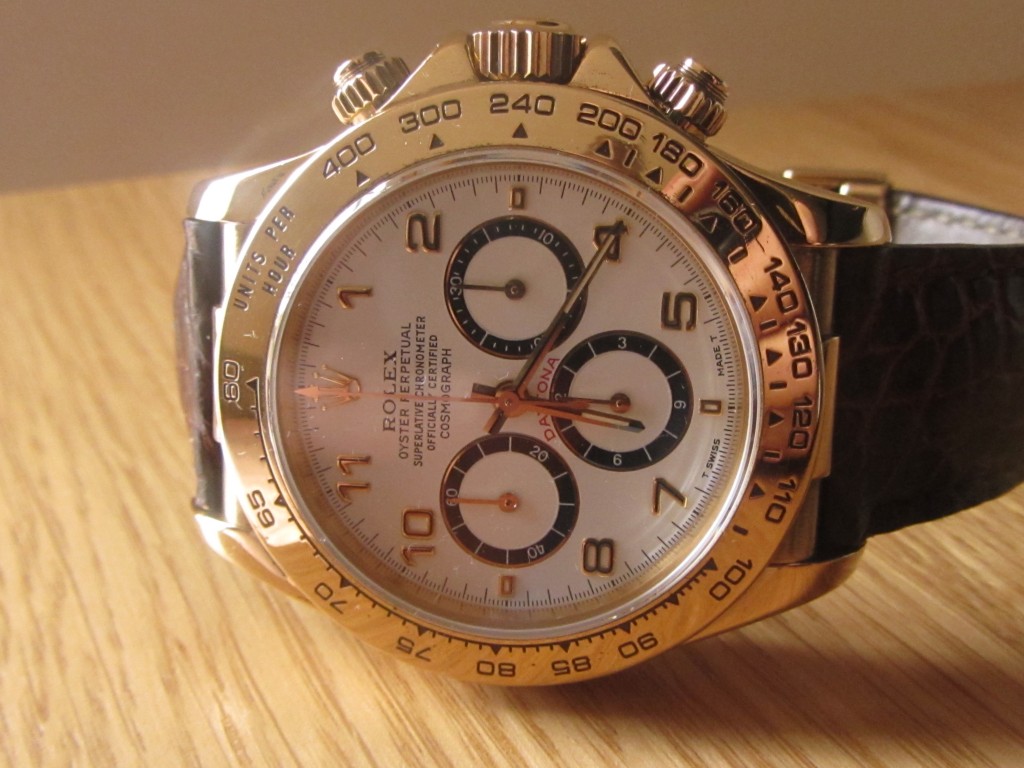 Here is a truly iconic time piece which every watch collector in the world knows and loves, The Rolex Zenith Daytona 16253  in 18k gold dates back over 50 years and still highly regarded in the Collectors world.

This particular model in the zenith chronograph movement which finished producing around 2000 era, as Rolex decided to start using there on in house Rolex movements rather than use a tried and tested Zenith chronograph, made sense than use another manufacture.

The Daytona built its name on being rare and beautiful.  The Daytona has many variations, its predecessor model The Paul Newman Daytona was the one that kinda made the name of Daytona as the late Paul Newman used to own a few of these time pieces in his day and wore them regular, most people when you think of Rolex Daytona think of The Paul Newman Daytona they even named a few after him which to this day command a lot of money especially the older rare Daytona’s.

But this current one in the pictures has not changed much in last 10 years which is not the most collectible Daytona but all the same a great piece.