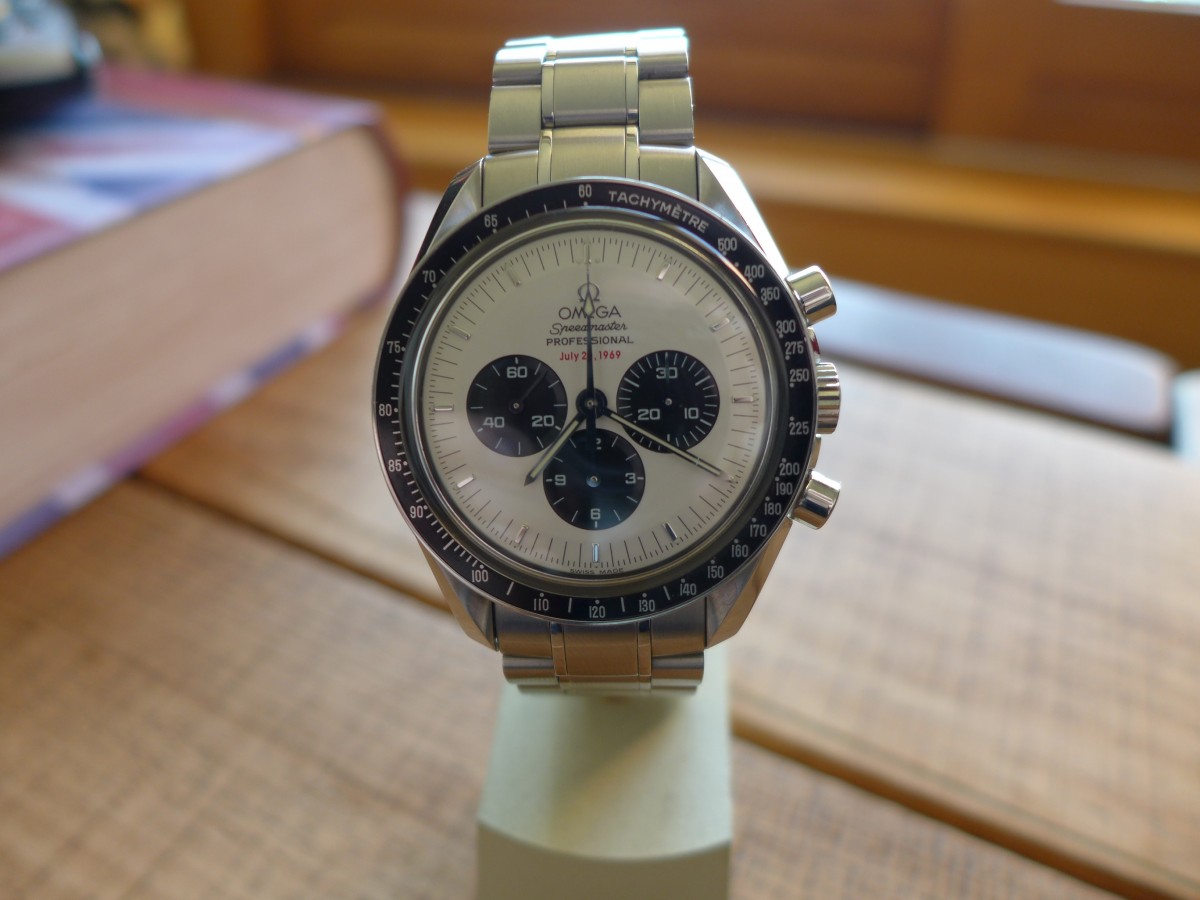 As the title says “Speedy Tuesday” this one of the many Limited Editions Omega made which is probably in the 1000s,  The Moonwatch has always been a favorite of mine does not get much better in conversation as “The first watch worn on the Moon.”  This particular model the Omega Speedmaster Moonwatch Apollo II 35th Anniversary was made around 2004 and limited to 3500 pieces and is the standard moonwatch 42mm with the hesalite crystal and Calibre 1861 movement which is slight update of the 861 movement that they put in the original moonwatch.

The apollo II is a cracking looking piece which I think will be a future collector’s “got to have piece”, as the watch has some very nice touches that most speedy fans will like:

2nd. The applied Metal Omega Logo as the first pre moon watches that date pre 1969 hence “pre moon” had the applied logo then after the dials all made with the painted logo in white.  The caseback not to shabby either all together a very nice piece that is modern with a few twists from the old Moonwatch.

The apollo Limited edition were made every 5 years from the first moon landing on 20 July 1969 to commemorate the landing and I think this definitely one to have in the apollo II editions.   To be fair all moonwatch are great pieces in general well respected watches that loved by millions if you like winding them up every 48 hours. If you get the chance to purchase one do not hesitate in purchasing there getting harder to find.