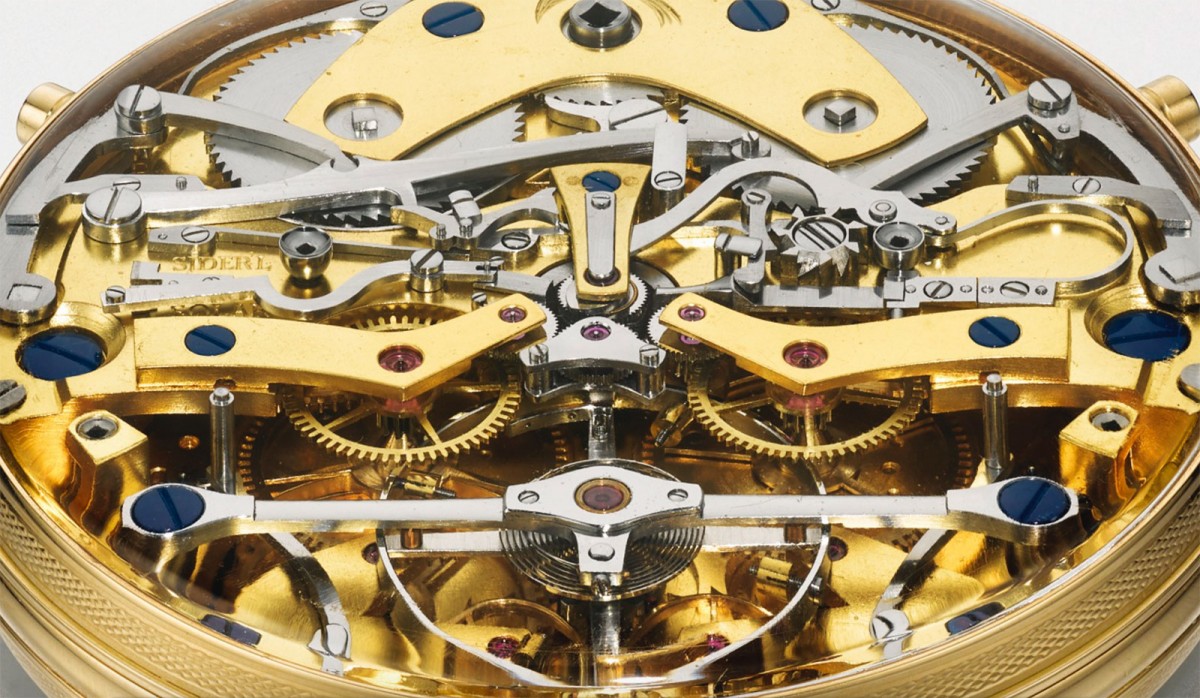 George Daniels Space Travellers Watch At Auction Sotherby’s in London recently, The watch is masterpiece by the English watchmaker and is widely regarded as one if his best creations.  The watch sold for £3.200,000 million with auction fees included.  Sotherby’s estimate was £1.2 mil to £1.8 mil so did well over the estimate.  The piece is the most expensive ever English watch that has been to auction shows British is as good as the Swiss in watch making!!

The pocket watch is 18K Yellow gold chronograph with Daniels Independent Double-Wheel Escapement, Mean-Solar and Sidereal Time with Age & Phase of the Moon and Equation of Time Indication, that is mouthful, Rare pieces like this seem to be smashing auction house prices.

The auction had two bidders fighting for the piece a Asian collector and English, in the end the English collector wont the watch so wont be leaving the UK. This is a video about the timepiece.