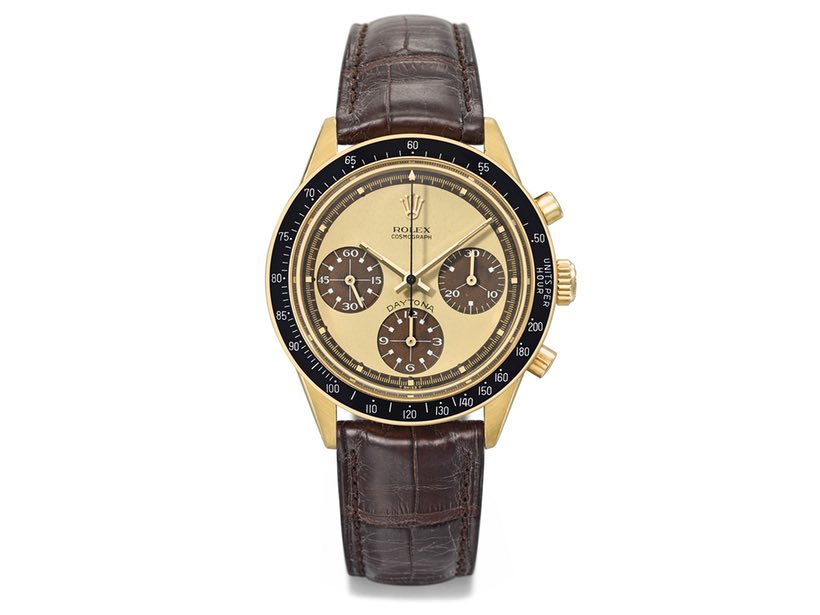 Christie’s Auction recently on the 15th June another Paul Newman Daytona 6241 went for Half a Million dollars when the hammer fell.  The Newman phenomenon is still strong for collectors, going crazy for the these Daytona’s, sale price was $560,803 but their estimate was very conservative at $199,073 to $398,145 but smashed that figure.  The watch is 14k Yellow Gold and known as the John Player Special model rare watch dates to 1967. The black bezel graduates to 200 units per hour tachymetre scale, then comes on a leather strap with Rolex signed buckle. The Rolex was watch only no box or guarantee papers wow Christie’s pull the big hitters!!

Their was plenty of other watches at the auction that was also a big hit. But Vintage Rolex’s seem to hit the lime light these days and going from strength to strength. The ultimate Paul Newman Daytona 6239 is coming up for sale later on this year Mr Newman’s own personal watch is tipped to smash all record sales for Paul Newman Daytona’s ever look forward to see that!