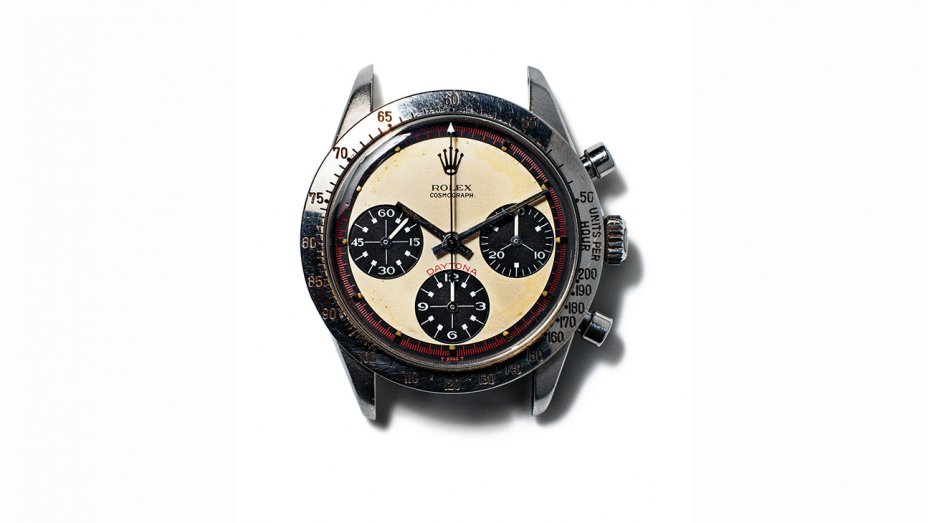 The Paul Newman Daytona 6239 with exotic dial Found, it has been the long awaited watch that would always going to take the lime light when the watch appeared for auction. The watch soon to be auction by Philips in New York October time later on this year and will definitely more than likely break records when the hammer drops.  The Paul Newman Daytona phenomenon has been buzzing for years it sparked in many ways the market for vintage timepieces especially vintage Daytona’s. You can see why stunning piece.

The watch in question has an exotic dial and was purchased by his wife Joanne Woodward for him engraved on the caseback “drive carefully me”  The watch was known to be not destroyed or lost and was considered to be on the west coast in Usa.

The remarkable story behind the watch is James Cox the owner was dating Nell Potts “Paul’s Daughter” and in 1984 at the home of Paul he asked “James what time is it?” James replied “I dont own a watch” Paul replied here’s a watch if you wind it, it tells pretty good time”

The rest was history as so to speak James Cox wore the watch to the mid 90’s when he was informed of the value of the highly regarded Newman Daytona.  It will be interested to see how the big collectors of the world respond to such an iconic piece from a true legend, I doubt the vintage market would be the same without the people like Paul Newman and Steve McQween who wore the watches everyday.

Vintage watches to command the highest premium need the provenance and quality of the piece also documented family history, doubt it gets much better than this with the family connection and caseback engraving.  The Daytona’s off the same era fetch top money at auction collectors want to own a piece of history for a lot less.  So keep your eye out for this beauty in October at Philips Auctioneers as I will be. This is the previous recorder breaker for auctioning a Daytona 6263 in 18k gold.

This website uses cookies to improve your experience while you navigate through the website. Out of these, the cookies that are categorized as necessary are stored on your browser as they are essential for the working of basic functionalities of the website. We also use third-party cookies that help us analyze and understand how you use this website. These cookies will be stored in your browser only with your consent. You also have the option to opt-out of these cookies. But opting out of some of these cookies may affect your browsing experience.
Necessary Always Enabled

Any cookies that may not be particularly necessary for the website to function and is used specifically to collect user personal data via analytics, ads, other embedded contents are termed as non-necessary cookies. It is mandatory to procure user consent prior to running these cookies on your website.