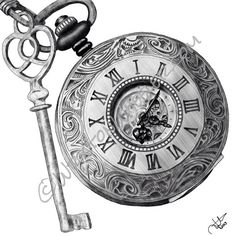 Watches have been around for centuries now, working as a persistently popular way for us to keep track of the time and date. Of course, some might argue that mobile phones have overtaken the purpose of a wristwatch, especially in the age of the smart phone, but a #wristwatch is more than a way to tell the time and date. For many men and women, a good wristwatch can be a reflection of one’s status, income and overall attitude and lifestyle. Was this always the case with #watches or have they always been preferred for their style over their practical uses?
Watches were developed from time pieces that date back as far as the 15th century, and are thought to have originated in Germany. Back then, watches were more like portable clocks and certainly didn’t go around the wrist, they were worn as pendants instead or sometimes fastened to clothing. Given how rudimentary they were, it’s not surprise that they had to be wound more frequently and better taken care of than today’s watches. Interestingly, watches of this type were not actually used for telling the time; instead they were sold in various shapes and sizes and were for the most part considered as jewellery for the nobility. Though their time keeping abilities were nothing short of abysmal, they were made very finely and attracted a lot of attention because of it.
The next big step was the pocket watch, a trend that most of us are familiar with and began in the 17th century. The pocket watch was typically worn by men whilst women kept the clocks on pendants. Like the clock watches that had come and gone, the timekeeping of #pocket watches remained far from perfect, but at this point we were beginning to see changes in the way that watches were developed. The process was becoming more and more refined, incorporating new and more efficient mechanisms, springs and cogs. This would pave the way for the modern watches that we are so accustomed to today, though of course the process would prove to be a long one.
Nowadays, watches are worn on the wrist and come in all different shapes and sizes, all of which run on different mechanism from electric watches to quartz. The idea of the wristwatch, however, has been around almost as long as the concept of the watch itself, and while men were sticking with their pocket watches wristwatches quickly became a popular fashion choice amongst women. Of course, when the 20th century came around Wristwatches for women tend to be more focused on elegant and luxurious design, often incorporating jewels and other adornments so that the watch looks a lot like a bracelet. For men, wristwatches tend to be more overstated and obvious in their design, with larger faces and thicker straps for the larger wrist. There are tons of brand names out there, and thanks to the clever marketing employed (#James Bond wears an #Omega, after all) the watch has since become a symbol of elegance and affluence amongst enthusiasts. The Watch-Collector is a lover of the some of the best Swiss watches made in the 21st century.

Hands on With The Rolex Submariner 14060M Cosc 4 Liner