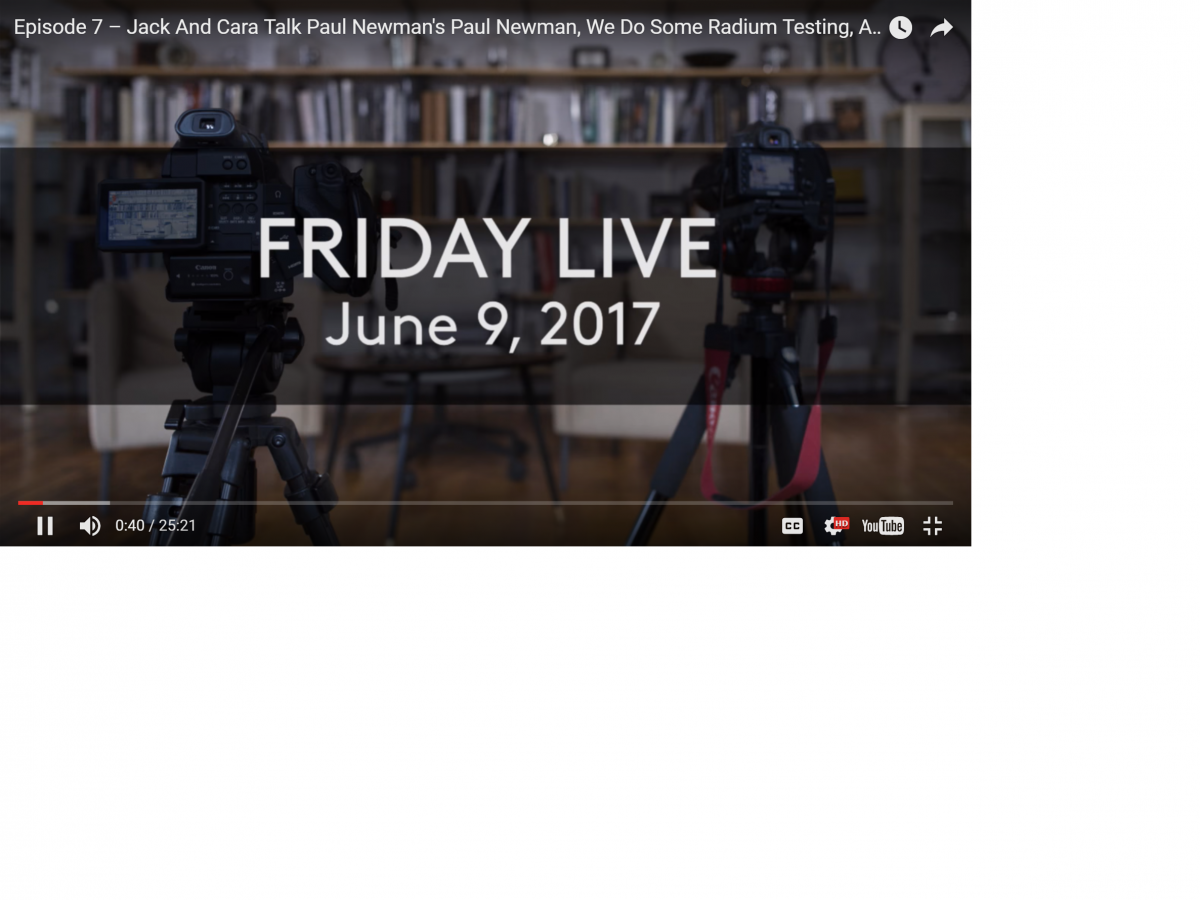 Radium Testing on Vintage Watches, a neat video catch up on Hodinkee where they do some radium testing on some timepieces.  Radium was used early on in wrist watch making for the hour markers or numbers as nothing else was available at the time for the luminosity on seeing the time while diving or at night times. The radium used is small amounts of radiation but glows really bright and the life span of radium is half like at 1600 years!!

All watch makers went to tritium radium mixture about mid 1960,s due to not using Radioactive material for obvious reasons. They then applied tritium to all the dials up until 1999 which had only .25 radium used, hence “Swiss T25” on the dials, then finally switched to super bright luminovo which is currently in use by all the to watch brands.

A lot of the older Rolex dials had “Swiss” at the bottom and were radium, then they went “Swiss T25” with Rolex or Omega “T Swiss Made T” which stands for tritium. In current days “Swiss Made” at the bottom from 1999 was the cut off for tritium use. Tritium has a life span of around 12.5 years so most of the vintage watches past mid 1960,s up to 1999 do not glow at all and usually have a lovely aged patina a key selling point with vintage.

The tester is a really good piece of kit for the vintage watch buyer as most of the old time pieces have had a re dial  or been re-lumed which is no no for the true vintage watch hunter, but like every thing vintage comes down to affordability. Some of the classic vintage pieces are very pricey also very hard to find the full sets with great provenance which is another key factor as well as the lume.

Check out the video!!

a small His & Hers watch Collection