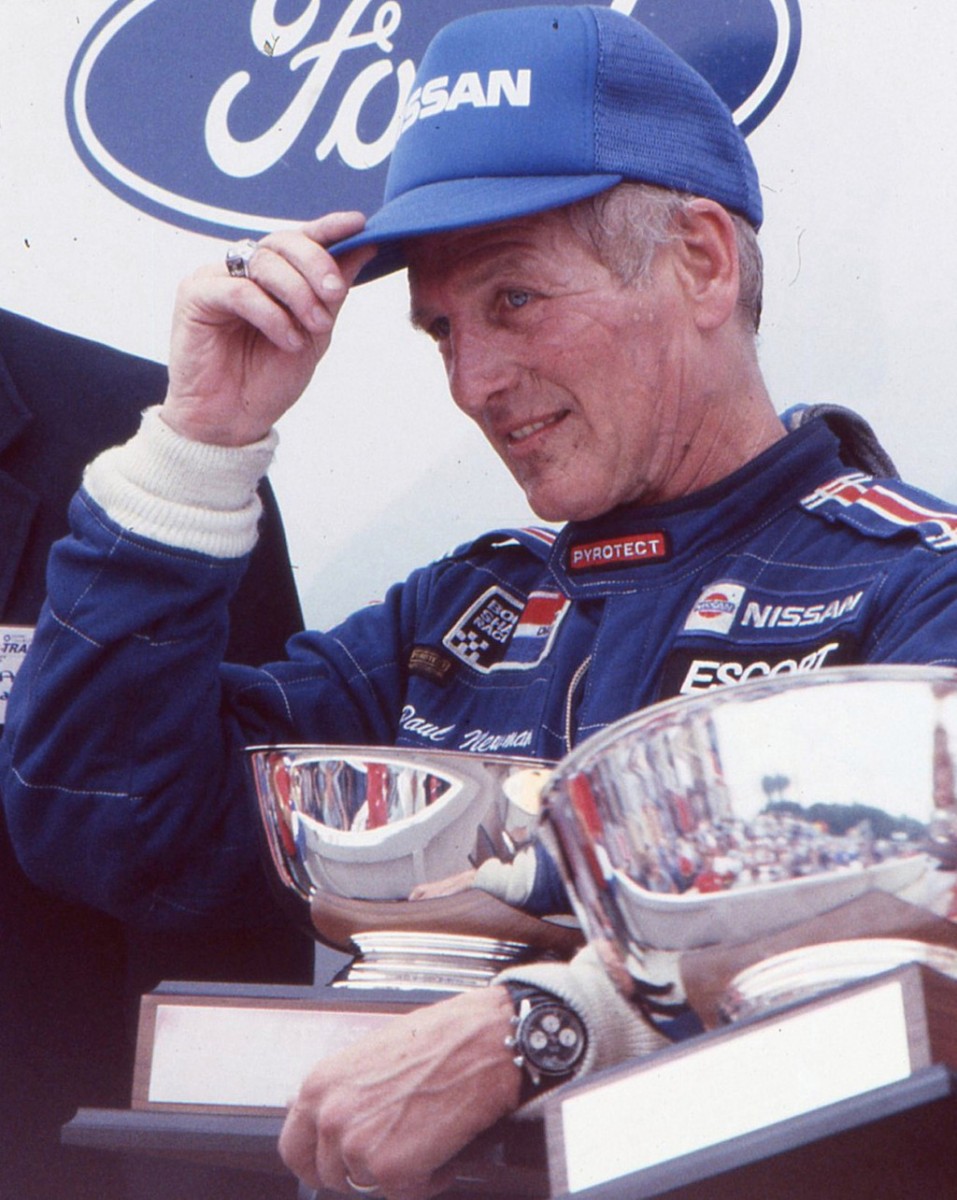 Here is a interesting watch the Rolex Daytona 6263 after the recent post of mine regarding  Paul Newman Daytona 6239  found and is going up for auction later on this year by Christie’s auction house.  This particular watch the 6239 was given to his daughter’s boy friend in the 1980’s which was a iconic watch in itself worn and loved by the main man.  I recently read a article that shed light on the Daytona Paul wore after the 6239 this the Rolex Daytona 6263 with engraving on the caseback drive slowly Joanne.  This one was also given to Paul by his wife.

Paul had a long history with racing driving one of his true passions there is a picture below with Paul on the podium after a race.  As you can see in the picture the Daytona was being used in the races as probably one of the reasons Paul loved the Daytona so much. The tachymeter measures miles per hour over a distance of a mile most chronographs have this feature but the Daytona was the watch to have on the track.

Paul Newman played a big part in vintage watches probably was one of the biggest factors the Daytona become so successful also with the watches being so beautiful helped. The Vintage Daytona will always be  the watch to buy now and in 50 years but prices seem to be soaring every day all the big collectors want a vintage Daytona. Christie’s Auctioneers have plenty vintage watch auctions some of the rarest of the rare.

Watch Maker Takes us inside A Rolex 3135 Movement By Mickey