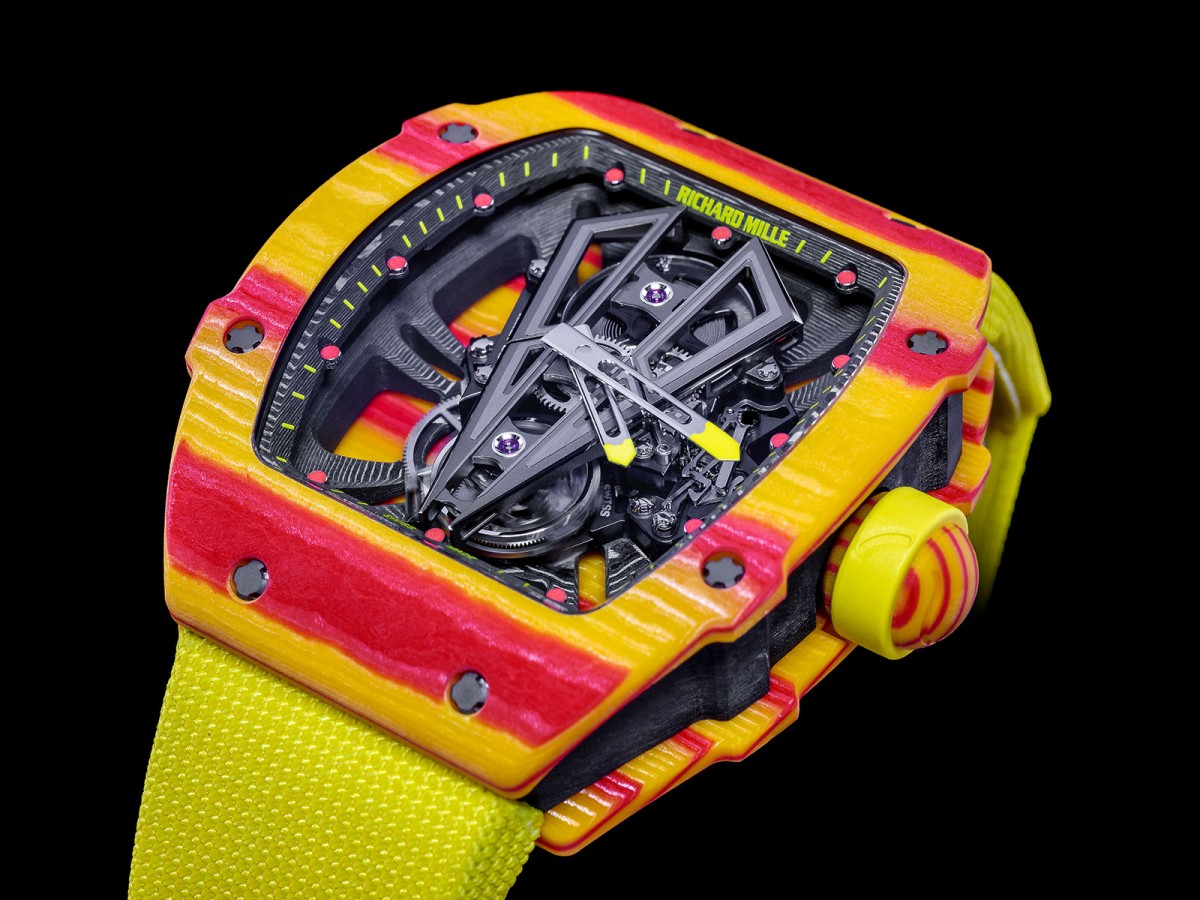 Richard Mille just Unveiled the 4th Edition ultra light “Rafael Nadal” Tourbillon, wow the most radical Richard Mille RM-27-03 I have seen. Richard Mille are fairly new to the watch game and are very expensive watches not for the faint hearted. This one is in red yellow and shock resistant with a staggering price tag of $731,000, this is a limited edition of a run of 50 pieces in total. The watch has a 70 hour power reserve and is powered by Renaud & Papi Tourbillon movement which apparently are specialists owned by Audemars Piguet. The watch is very hard to miss on the wrist definitely a difference to the norm. The watch case is made of quartz composite, size of the watch is 40.3mm wide and 47.77mm long so not a small watch and slightly bigger than the previous version RM 27-02 Nadal tourbillon. The crown has been designed like a tennis ball for the super star of tennis.  Rafael is left handed so always wears his time pieces on his right hand so the crown would be easy work with its design. I really like the watch and would love to own one one day but at that price not in this life time!!  Pictures courtesy of SJX

Hands on with The New Rolex Daytona 116500LN Ceramic