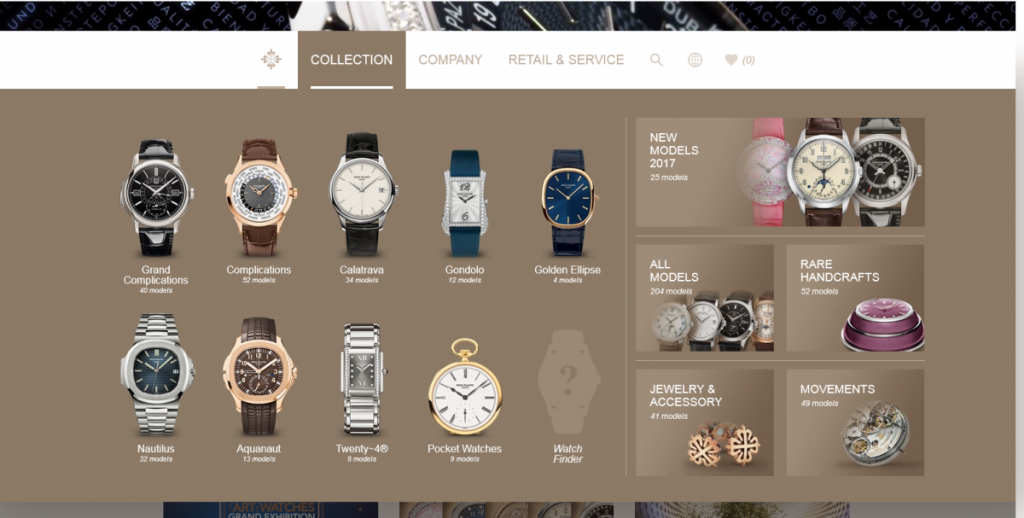 As the title says Patek Philippe have Launched a fresh new site with a video header featuring loads of history also a lot of their models,  Patek was one of the first to launch a site in 1997.  Patek Philippe is mostly regarded as the prestigious of all the Swiss watchmakers but as revenue goes its the forth highest earner Rolex number one no surprise as you can read on a previous blog regarding The worlds most valuable brands.

Patek Philippe never been the big digital marketing, Patek sells themselves not for the faint hearted, the biggest slogan is “Patek Philippe you never own you merely look after for the next generation”

Now the site is 20 years Patek have fully overhauled the site last upgrade was 2012 without Rrp prices, The new website is full of features, very easy to navigate, and the most important shows official retail prices as previously never showed prices. Its good Patek show the prices now but problem is desirable models have big waiting lists which you lucky to even get on!! Click on link below to view new site

Inside the Archive of Vintage Audemars Piguet !

Hands on Breitling Superocean 44mm A17391